PPolish architect Aleksander Kawiński has designed a cosy, ready-to-assemble house that comes in a box. The affordable 25-square-metre dwelling does not require foundations and includes a living room that converts into a bedroom, as well as a bathroom. Poles say a real man has to build a house, plant a tree and father a son. Good news for all the real men out there: that first requirement has just become a whole lot easier and more affordable. The box containing all the necessary elements can be delivered anywhere (it weighs about 3.5 tonnes). It can be assembled by two people in less than 24 hours using only basic tools like adjustable wrenches. Nothing else is needed to cross ‘build a house’ off your bucket list.

Kawiński’s intentions were noble: he wanted to offer people who can’t afford a ‘regular’ house a satisfactory dwelling within their price range. Indeed, the houses are dirt-cheap compared to real estate prices: they cost approximately $525 (£365). The smallest version available, called M2, has a little terrace and a 25-square-metre interior including a living room/bedroom (unfurnished) as well as a bathroom. It’s not a palace, but it offers proper shelter and allows its inhabitants to function normally. Made from quality materials like polyurethane, the houses are well insulated with triple-layered windows to enable them to withstand even harsh Polish winters. They don’t require foundations, which makes the house mobile – you can dismantle then transport it wherever you wish. 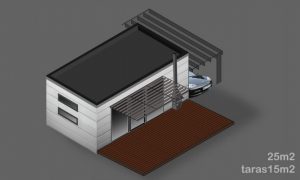 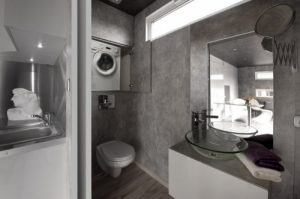 Another good thing about Kawiński’s design is that it’s modular, meaning you can purchase an expansion unit and make your boxed house more spacious. At the moment, the product is available only as a one-storey construction but the Polish architect says he’s already working on a solution that will make adding a second floor possible. Kawiński’s houses were introduced to the public this March but he is already under the spotlight in both Poland and abroad. The product will no doubt appeal to students and globetrotters wishing to take their home along with them wherever they go. It can also solve some legal issues in areas with restrictive stationary-house legislature. Those wishing to purchase a boxed house should keep in mind that they will need to connect the electricity and running water themselves, since there’s no power generator or water tank included in the box. But even then, these little houses are an excellent deal. 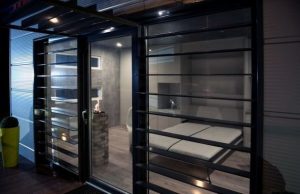