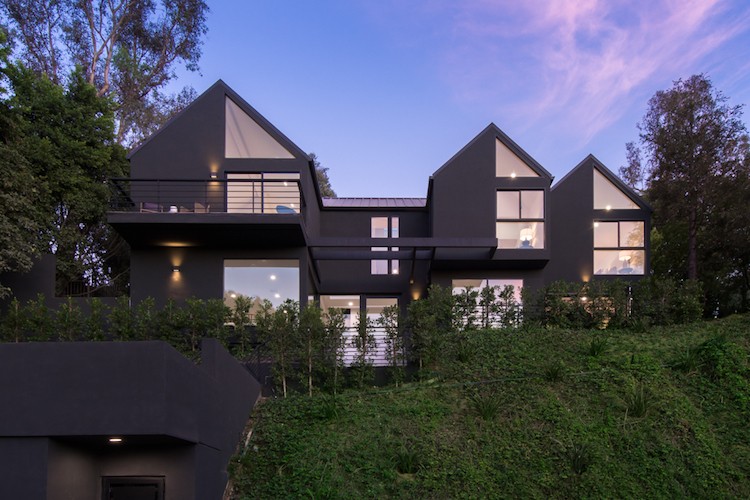 A  home once owned by Red Hot Chili Peppers’ Anthony Kiedis was totally transformed to a remarkable contemporary residence by AUX Architecture office.

Originally built in 1989 and once owned by Red Hot Chili Peppers’ Anthony Kiedis, this 2,849-square-foot two-story home built on its rock and roll past to join the most notable modern homes of the Hollywood Hills. The home had previously undergone multiple owners and renovations, giving it a mostly Southern California Mediterranean look with a Spanish tile roof and tiny windows. 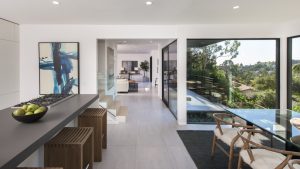 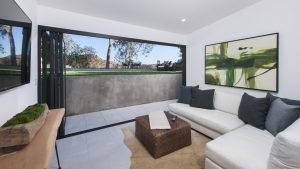 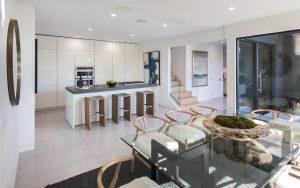 A renovation which completed in 2018 transformed it from a mish-mash of architectural styles into a light-filled hillside home that captures enormous views of the nearby Hollywood sign. AUX worked within a budget to produce an impactful and transformative design without structurally changing the home’s rooflines.

The main focus was on opening the house up to the Hollywood sign view and emphasizing indoor-outdoor living with lighter and brighter spaces. 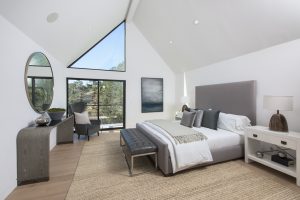 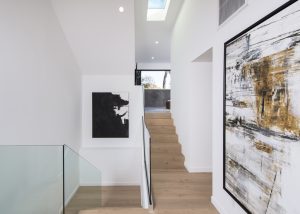 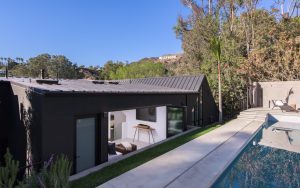 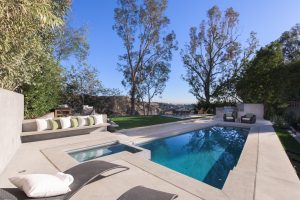 The result is a completely new look for a home that anchors one of Los Angeles’ most desirable streets.