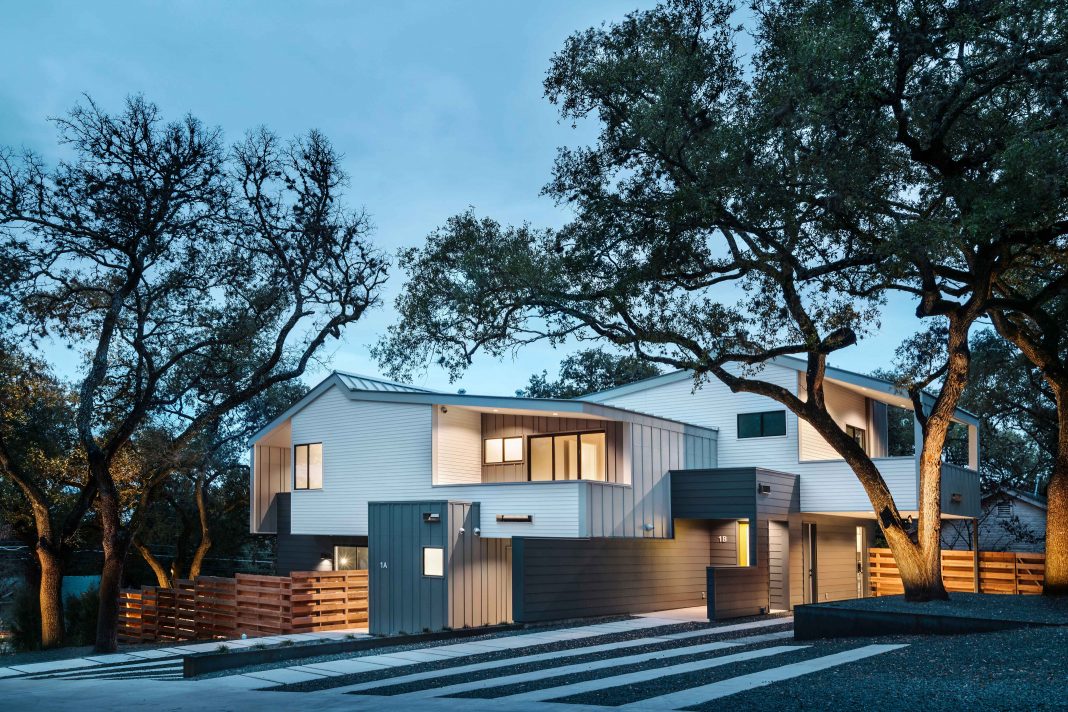 clawson Duplexes is a series of eight “modern tree houses” in Austin, Texas. 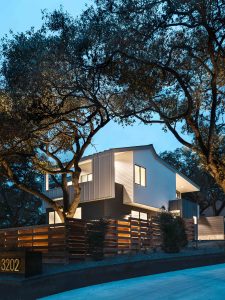 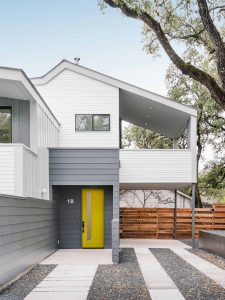 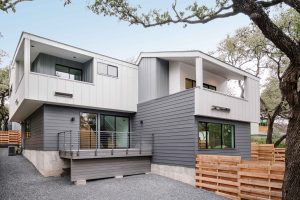 Mark Odom Studio subdivided this one-acre, heavily treed property in Austin to become four duplex lots, equaling eight individual residences along a shared drive.  Each duplex was designed around adjacent trees and desirable views, highlighting specific site amenities per unit. And while the building form and materials are similar across the project, each unit has its own unique characteristics creating individuality from building to building, unit to unit. Privacy and views have been carefully planned so that there’s no interruption when wanting to enjoy the interior and exterior of each home. 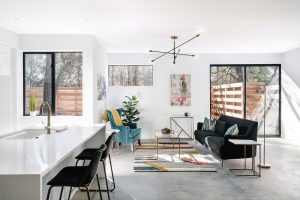 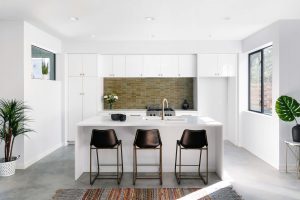 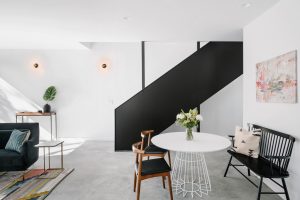 The buildings were planned with every sustainable notion possible—proper sound transmittance ratings, cross-ventilation, and little impact on the existing site and trees—intertwining the natural world with a man-made one. The landscape promotes social engagement among property owners, creating pleasant opportunities for neighbors to engage and meet. 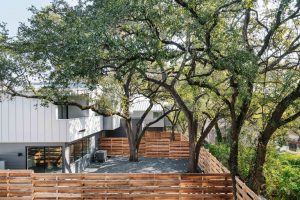 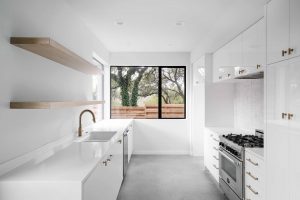 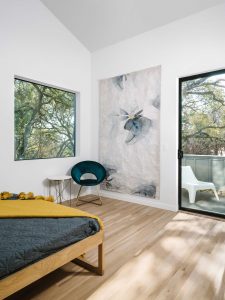 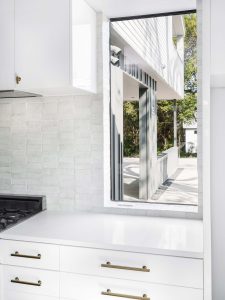 To turn each unit into a tree house, Odom and team worked hard to bring the outdoors inside, utilizing windows, balconies, and glass doors throughout to allow for views of the existing tree canopies. “It’s a technique that defines much of the team’s design ethos,” says Mark Odom, founding principal of Mark Odom Studio.  This results in eight unique floor plans in either two- or three-bedroom options. 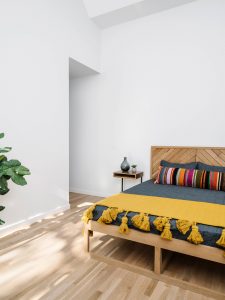 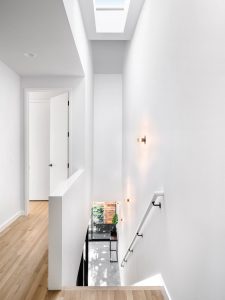 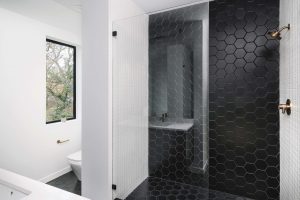 “We believe that architecture should complement the site by celebrating its surrounding and contextual amenities,  such as topography, trees, and views,” says Odom. “Existing trees were used not only as focal points for each building but also for various interior rooms, nestling each structure around the patterned landscape. Room and window placement was key so that each structure could take full advantage of its placement in the natural landscape — and still maintain privacy from neighbors.” 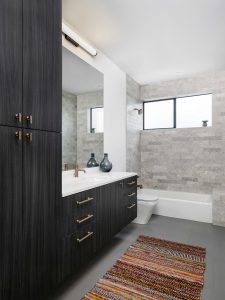 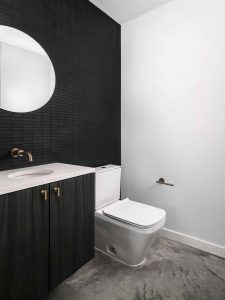 The 1-acre project site, which originally housed a single-family home, was divided into four separate lots, commonly known as an “infill. “This type of build strategically densifies an underutilized parcel of land while keeping the same scale of the neighborhood,” explains Odom. “Our Clawson project not only delivers eight quality condo homes, but also an intimate pocket community where one single family home once existed.” 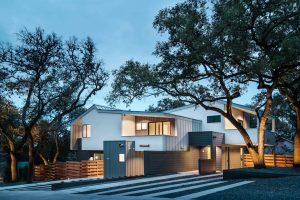 8 Mistakes Everyone Makes During a Home Renovation