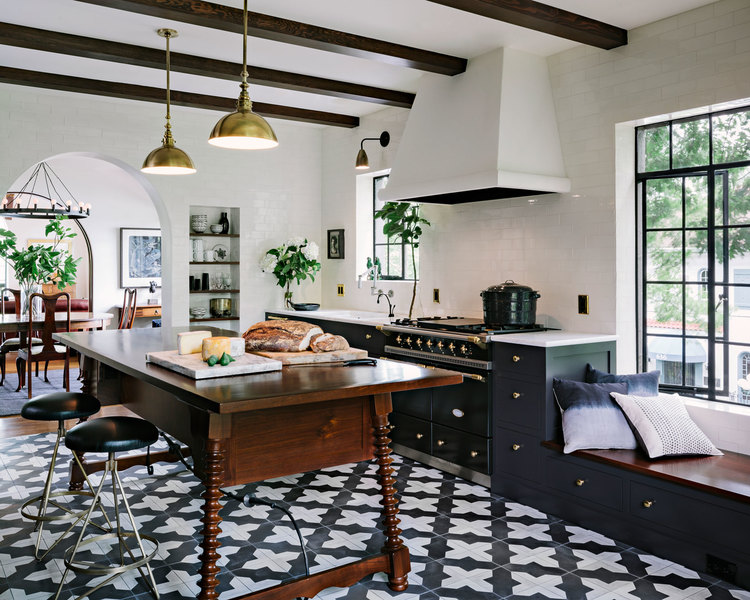 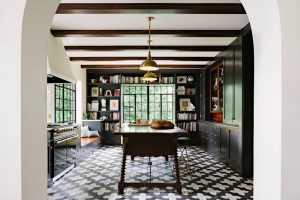 Built in 1926, the building was designed by architect Otis Josselyn Fitch. It is an unusual building in that it is Mediterranean in style, but built entirely of board-formed concrete, which is left unadorned, with industrial steel windows. 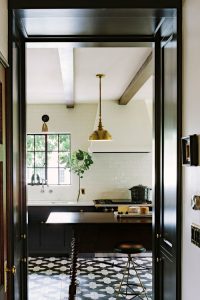 The original kitchen was a narrow galley, with one window. In order to create the new kitchen the designers removed a wall between the old kitchen and an adjacent family room. 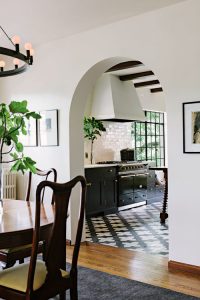 They also opened up the connection between the kitchen and dining room with a large arched opening that lines up with the opening to the living room. 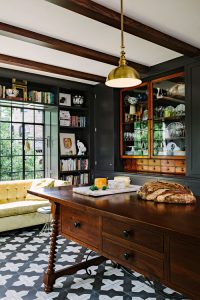 In the interior the designer team blended modern with vintage furniture in black and white tones and wooden items, such as the imposing island in the middle. 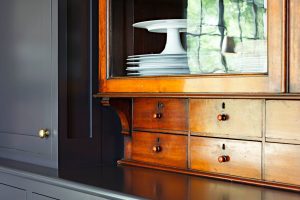 The pattern of the floor tiles is perfectly combined with the black and white elements of the space. 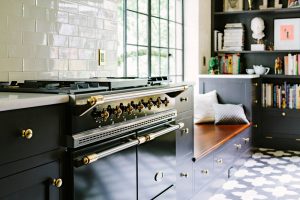 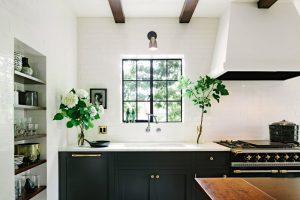 The designers created a corner for relaxation, placing a comfortable sofa in front of large windows that offer city views. 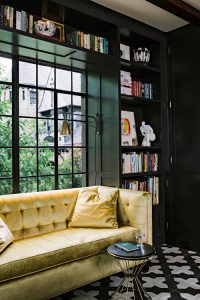 Eco-Friendly Renovations to Make at Home