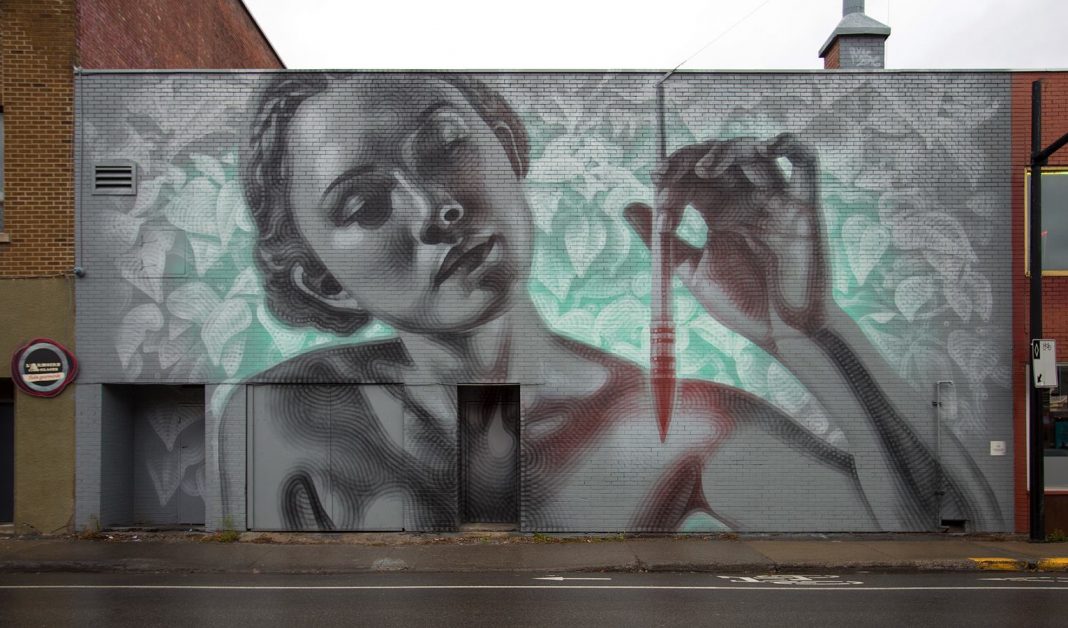 G raffiti is much more than painting a wall. Personalize and give a unique character to your walls by transforming them into a piece of art.

Graffiti are writing or drawings that have been scribbled, scratched, or painted, typically illicitly, on a wall or other surface, often within public view. Graffiti range from simple written words to elaborate wall paintings, and they have existed since ancient times, with examples dating back to Ancient Egypt, Ancient Greece, and the Roman Empire.

Nowadays numerous graffiti artists made their transition from the streets to a gallery presenting their art. Many of them are awarded and commisioned to implement works for museums, institutions, universities and public spaces .

Below you may find some remarkable examples of graffiti artists and their works. 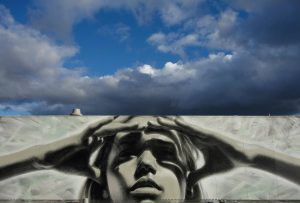 EL MAC  is an internationally renowned artist born and based in Los Angeles. His work draws on influences from classical European art, social realism, symbolism and devotional art, as well as the Chicano and Mexican culture he grew up around. He has been commissioned to paint all over the world, for museums, universities & cultural institutions. 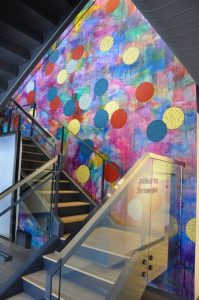 Caleb Neelon is an artist and writer based in Cambridge, Massachusetts. Today, Caleb Neelon’s murals and artworks can be seen in city streets and exhibitions throughout the world.  Neelon’s broad range of recent activity includes studio artwork, cultural diplomacy projects through the U.S. State Department; curatorial work at museums, projects bringing artwork to hospitals, documentary film production, and painting for fun in the street. 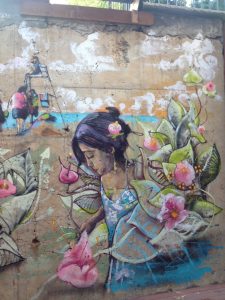 Cern, a native of New York City currently based in Brooklyn, got his start writing graffiti in the early nineties.  Continued development as a visual artist and musician finds Cern painting murals and exhibiting works throughout South America, Europe and South Africa. Cern’s work has also been featured at the San Diego Museum of Art, Museu Brasileiro De Escultura in Sao Paulo, and Los Angeles MOCA. 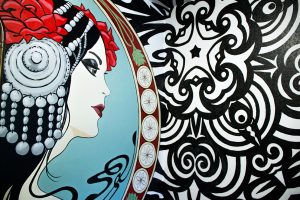 Liz LaManche grew up with a sense that there are many different ways of being and a big, fascinating and colorful world out there. She received a B.A. in Architecture, she studied graphic design and did a thesis in architectural ornament/site specific urban installations. She has spent much of her career as a designer for online media & painting and since 2004 she has also been working in large-scale paintings. 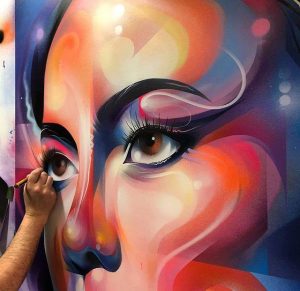 Mr Cenz has been scribbling on surfaces since 1988 when he first discovered hip-hop culture and graffiti art. He soon became obsessed with this new and exciting art form and after a few brushes with the law he decided to find ways of developing his skills legally. Since his first commissioned mural at 11yrs old he has continued progressing and experimenting with his art through college and University. This has led to a career as a professional graffiti artist with several solo shows and high profile commissions internationally. 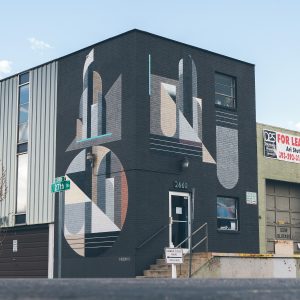 Rubin Sjöman has painted all over the world and his work has been shown in several galleries throughout the US and Europe. Rubin’s roots are in Finland, he draws inspiration from his Scandinavian heritage and is known for his complex abstract geometrical style – rooted in traditional wild style but with muted color palettes and Scandinavianly clean lines. Rubin has become a staple of the art scene of NY City and beyond. Rubin’s murals can be seen in a wide variety of spots in and around NY city and his work has been on display at Scope New York, Scope Miami and in galleries throughout New York City, Miami and Los Angeles. 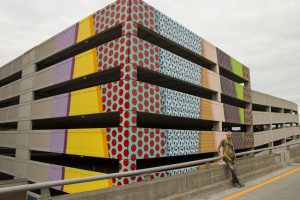 Hellbent is known for his stunning patterns and unique stenciling art and is a Brooklyn-based artist focusing on abstract street art.  His works have been exhibited in both local and national galleries including the New Museum in New York City.

The Cheapest House on Earth