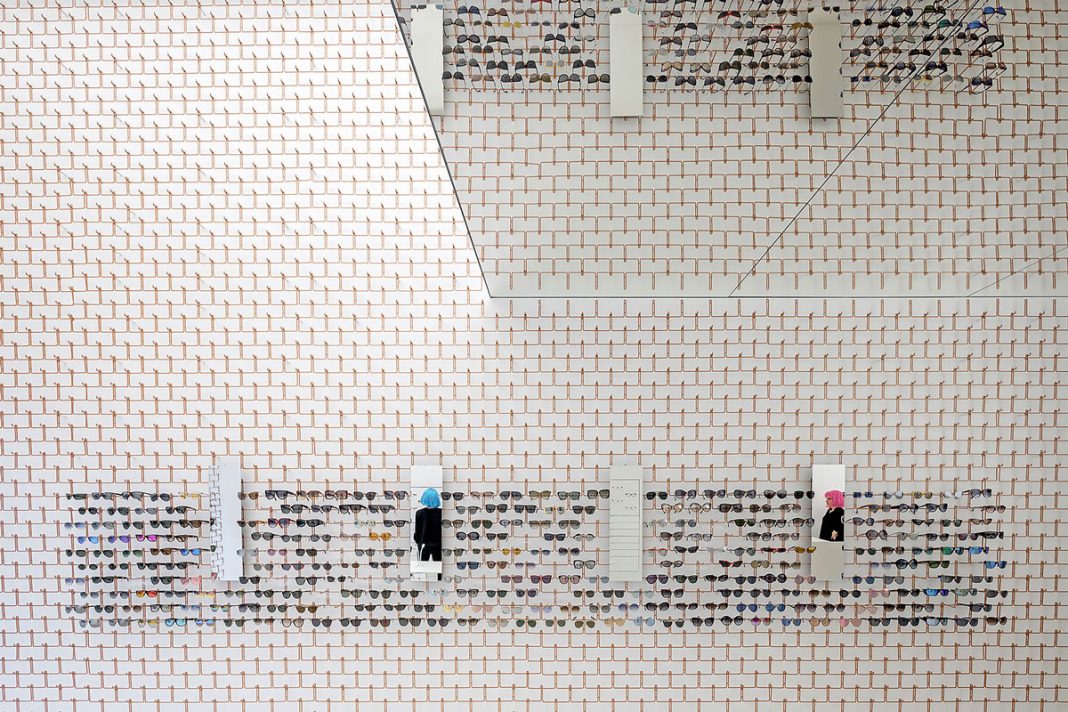 he project focuses on the renovation of an optics store, dating back 40 years. The store is a landmark of Nea Smyrni, Athens, located in a prominent site on the square by El Venizelos Avenue. At the heart of customer demand lays the radical  renovation and overall design of a new, recognizable business brand identity. 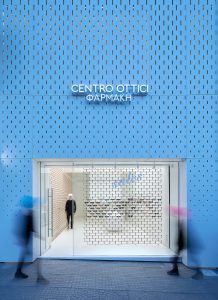 The main challenge we faced was the volume of information assembled in a confined space of about 50sqm a multitude of distinct infrastructure elements, counters with glasses, benches, drawers, furniture, lightning, and visible air conditioning systems, paired with a large amount of heterogeneous exhibits, all contributed to a loaded environment, which was both tiring for the visitor and failed to showcase the product. The product, in turn, included a wide range of different types, materials and color pallets. The basic idea behind our composition was to remove all infrastructure elements to the greatest extent possible and reimagine the product itself as a structural element, whose repetition would produce architectural space. 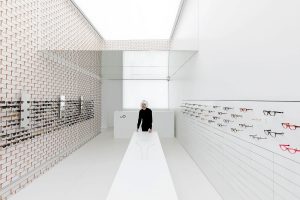 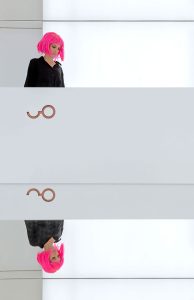 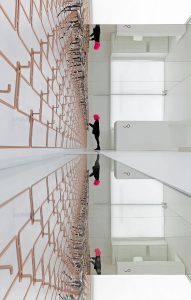 The existing structure was deconstructed to its components, and the resulting eight vertical and horizontal surfaces were grouped into four pairs of surfaces, composed by different materials and serving clearly distinct operations, all of which create a resolved, easily identifiable and functional space. 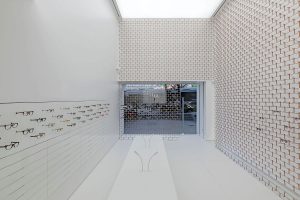 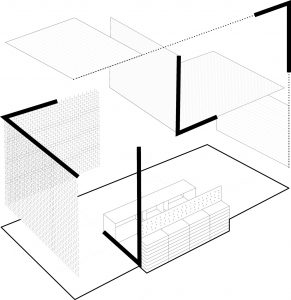 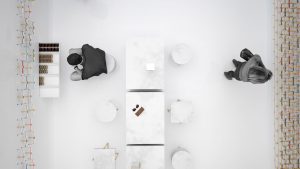 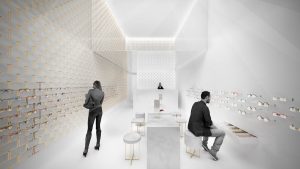 Finally, the store facade displays a double layer illuminated perforated sheet, colored white and bronze, granting the illusion of depth, as the shadows it casts can vary depending on the visitor’s standpoint and the time of day. The perforation of the sheet is based on the pattern of the grid and serves as a prelude to the store interior. 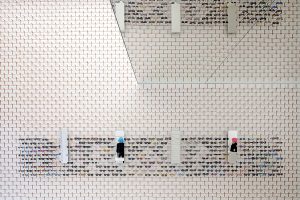 renovation of an optics store by MOLD ACHITECTS –...