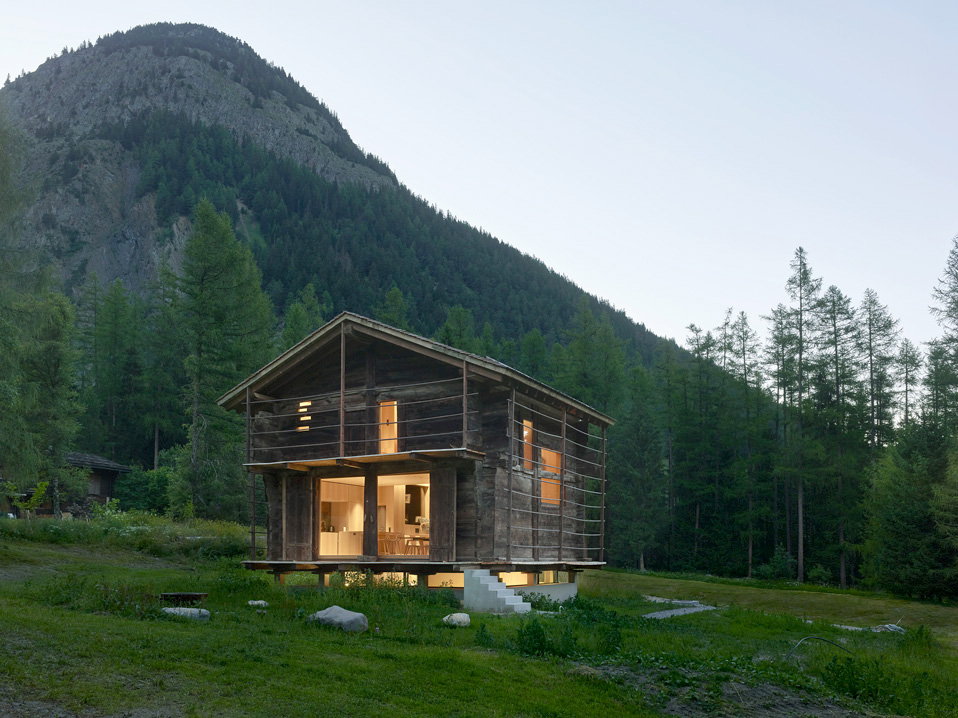 Built in the second half of the 19th century, the barn was originally situated at the entrance to the village of praz-de-fort in the val d’entremont, and had been abandoned. as part of the conversion process, it was first dismantled and then rebuilt a few kilometres further into the valley, at saleinaz. 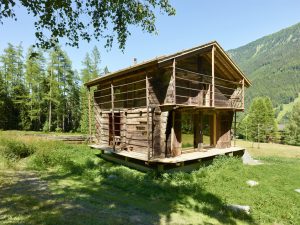 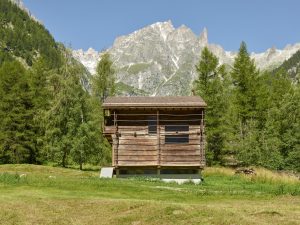 a new independent structure and an internal skin were constructed inside the envelope formed by the old barn. this separation from the external structure enabled a rich spatial mix to be created via open half-storeys communicating with one another. the dwelling was therefore treated as a single open and continuous space, organised via the differences in level. the bedroom and office, which are the most private spaces, were created in the upper part of the barn, above the living areas and the kitchen. 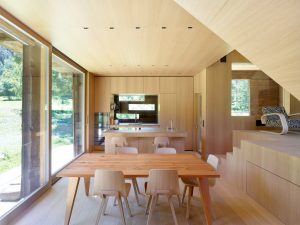 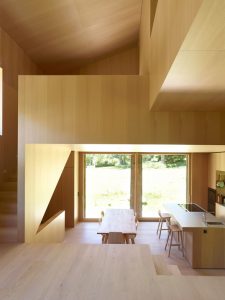 as the only existent openings were doors that gave access to the different balconies, these were retained and glazed. the number of additional new openings was minimised, to avoid detracting from the character of the barn while making it more comfortable. the new openings were positioned in such a way as to create a relationship either with the natural surroundings outside or with the original envelope, depending on the position. 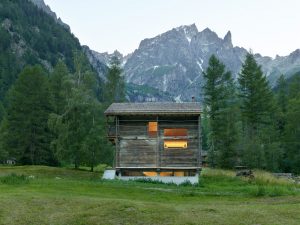 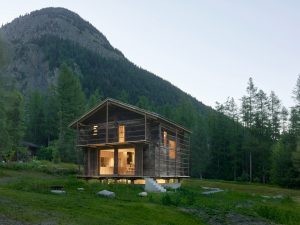 the external bands formed by the existent ruchines (wheat-drying galleries) have been made slightly more dense with a view to making the outer walls more homogeneous and keeping the barn closer to its original appearance, as well as offering an intimacy for the users of the internal spaces. 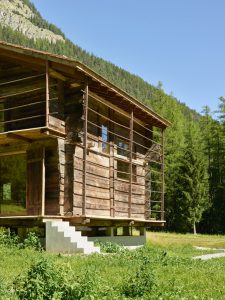 the base, which has been reconstructed in exposed concrete, recalls the stone used for the original base. this new base is connected to the barn by a band of glazing which is set back from the external wall so as to make it inconspicuous. this band of glazing enables natural light to reach the areas situated in the base. 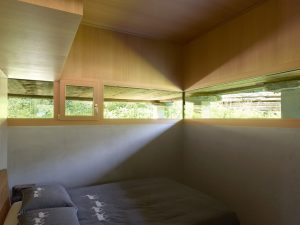 the new internal skin of the barn consists of oak panels, with the spaces in the base providing a contrast through the use of materials that recall the external stone. 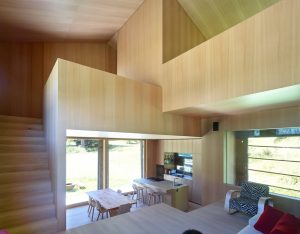 A beautiful kitchen remodel in Portland, Oregon by Jessica Helgers

Wood, aluminum or PVC: what type of frame to choose?